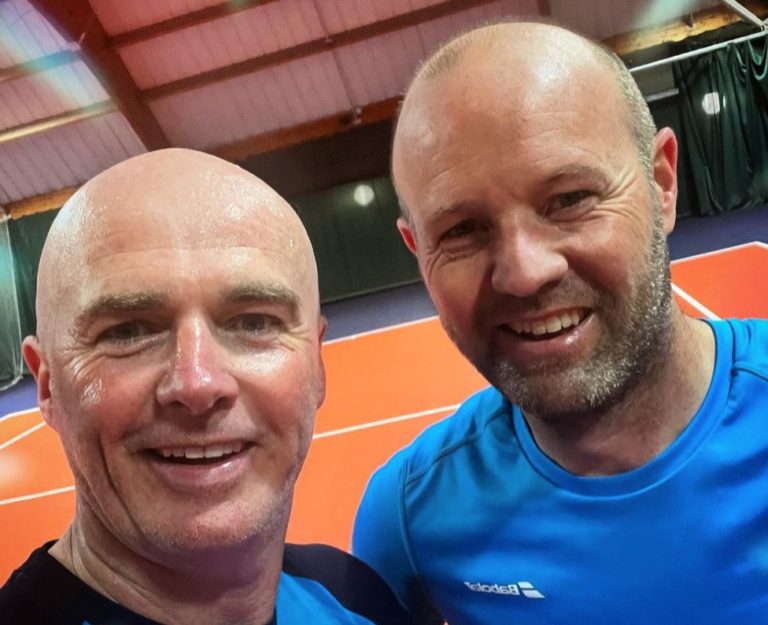 In 1983 Nick lost his mother. He was only thirteen. Professional support systems for bereaved children weren’t as accessible as they are now, which meant that Nick had to deal with his grief as best he could, alone. And it was discovering tennis that gave him crucial support. “For me it was never about being technically brilliant or competing in tournaments, it was just about running around and hitting as hard as I could for as long as I could.” Nick said. Tennis gave him a distraction that allowed him to process his grief.

Now at 52, and a father of four, Bristol-based Nick decided to do something that will help children just like him, who have experienced the death of someone close. Alongside local ex-professional player Paul Maggs, this week, Nick played over 11 hours of tennis to represent one second of play for every child bereaved in the UK every year. In doing so, he has raised over £13,000 for Grief Encounter.

“What Grief Encounter does for families is so special and so vital  – it helps children understand that they’re not alone and gives them a direction through the recurring blizzard of emotions that they face. I’ve seen the amazing work they do and, knowing just how important this could be for a child, I really wanted to do something to help.”

“We are so grateful he has completed this innovative and mammoth challenge to help us raise vital funds. He knows first-hand just how important the work we do is, and his challenge will make a real difference to bereaved children, both locally, and across the UK. Huge thanks to Nick!” comments Chelsea Harding, Fundraising Manager, Grief Encounter South West.

You can still donate by visiting his fundraising page.